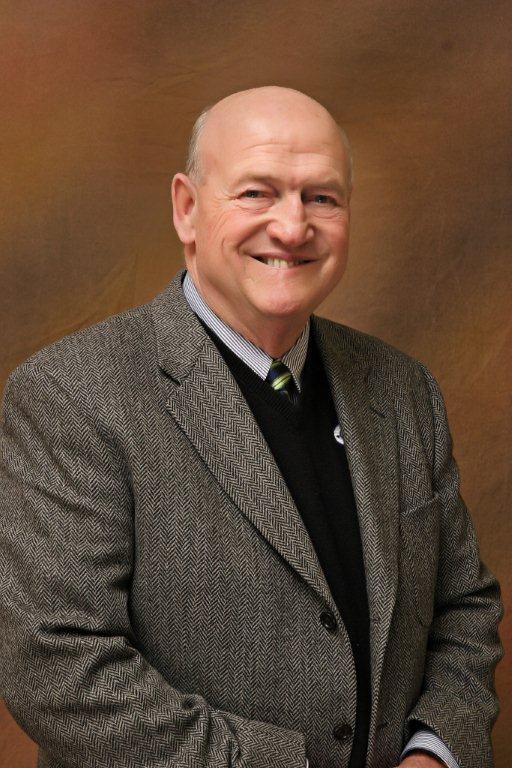 Gary Mauller wasn’t born in Lancaster, but there are few people who epitomized the hard work and humility that Glass City exudes than he did. During a 47-year career with Lancaster City Schools, Mauller served as a teacher, coach, principal, athletic director and school board member, but the title he held unofficially is what seems to linger: “mentor”.

I probably would not be here if it weren’t for Gary Mauller. He was involved in my first hiring to the district as a teacher and a coach and brought me back to the district as his assistant at Stanbery back in 1997. Gary certainly was a great mentor to me in my first position as an administrator and has continued to be a mentor to me up until his passing. He’ll be greatly missed. He was a good mentor and a good friend.

I’ve known Gary a lot of different ways, as a coach as a teacher… and I can honestly say, while Gary had a lot of different ways,I don’t know that I can recall a person that impacted people in every facet of work that he did in this system in a more positive way than Gary Mauller. Gary wasn’t afraid to tell you how he felt and he wasn’t afraid to challenge people and I know as a coach he made me better. He made me think about coaching a program and not just a team every year. Gary was all about details. He could watch somebody work and pick out things that nobody else would think about. He was very well thought of by so many people and it’s unfortunate that someone has to pass away before you hear and read all these incredible tributes to him, all very deserving. I wish Gary could have heard and read all of these because he’s earned that. I think Gary to this day is still in our hallways each and every day because of his impact. There are not many people I can say that about.

Lancaster City Schools Board of Education member and retired teacher A. Lise Ricketts:

I had two tours of duty with Gary, first at Sherman in the mid-80s and then again at Stanbery. He was a tough administrator, but fair. He always held his staff and students accountable for their actions, whether good or bad. Gary had this infectious laugh that could be heard around the entire school. He loved to get in on practical jokes and was always a great sport when the joke was on him. Gary’s and my paths crossed again when I decided to run for Board of Education. He was just a great mentor.

He was a building principal when I was a student, and then when I graduated from college and came back to Lancaster I helped out with the field hockey team and was a substitute teacher in the district. After the first season of me coaching the field hockey position came open. I was just a 23-year-old kid and interviewed for the job with him. He was asking me questions about short-term goals and long-term goals and he said “Where do you see yourself in 15-20 years?” and I said “Well, to be honest with you Gary, I want your job.” And he chuckled and said “I love a person with ambition!” and he told me he would do whatever I could to gain the experience I needed to get his job. He was always available to lend an ear if you were having issues as a coach. He was the one who told me that the most important people to take care of as a coach are the custodians and the bus drivers. He was an ex-coach, so I think he enjoyed having those conversations about coaching with coaches. He was always a big supporter of athletics after he retired. You’d always see him at home football games and home basketball games, boys and girls, volleyball games, it didn’t really matter. He was always very good to the coaches and athletes.

I’ve known Gary for a long time, from him being a coach of mine to being a family friend to hiring me and being my boss. So I really look at him more as a mentor for what he provided to not only me, but so many people at Lancaster City Schools. Unfortunately we lost a really good guy that a lot of people go to and speak with to get advice, because he’s been there and done that and lived it. He’ll be sorely missed.

One of the things I do after school is walk up Eastwood, and one of the reasons I’ve done that is because that’s what Mr. Mauller would do is walk around neighborhoods around General Sherman and Stanbery and be very visible. He was a great resource to talk to. It’s a big unfortunate loss for Lancaster City Schools and the city of Lancaster.

Gary was my junior high principal at General Sherman and then Athletic Director while I was at Lancaster High School. He took the AD job at the semester my 8th grade year. We had a pretty good class and he pulled a few of us in his office to let us know he was taking the AD job and laid down expectations of us for the next 4 years. I will never forget that conversation and it is something that I have tried to do here when we have a good class come through such as our juniors going to be seniors next year……Shea Goss, Jake Parker, Bradfords, Clayton Lunsford, Austin Gootee, etc… He still played in our football pool over here so he would stop in the building a few times every year in the fall, which I always enjoyed our conversations. I always made him tell me some stories of his time here as principal back in the day. I can’t think of somebody who embodied what being a Lancaster Gale was more than Gary. His passion for the Lancaster City Schools, the staffs he worked with, and the students he had was unmatched in my eyes. Gary was a true mentor to me and so many others and I was honored to consider him a friend as well. I will never forget his laugh and his enthusiasm/cheering watching us and his athletes compete at Lancaster High School. “Maulls” was one of a kind!