“She was my best friend,” Ami Williams said of her mother, Judy.

“I’m going to be crying because I get like that when I talk about her,” Ami Williams warned me from the other end of the phone, “but we’ll just keep going, okay?”

Interviews can be difficult. Yes, for me, but mostly for the people with whom I’m talking. I consider myself a storyteller and any good story features emotion, even when that emotion is painful. I didn’t set out to make Ami cry while interviewing her, but it was inevitable.

Every loss hurts. Some losses leave a scar. Every now and then a loss creates a crater. It’s safe to say that when Judy Williams passed away September 8, 2016, the crater spread to just about everyone who knew her.

“When my mom died I lost my mom and my best friend,” Ami said. “It was a really, really horrible thing.

“My mom was my whole world.”

It was easy to know Judy, but hard to pin her down. She seemed to be everywhere, and also on her way to somewhere else at the same time. Judy was the managing cook for West Elementary in Lancaster, but also served as the Lancaster Support Services Association union president, as well as the vice chair of the Fairfield Co. Democratic Party Executive Committee… and those were just her official titles. She was also an Air Force veteran, a breast cancer survivor, a former president of the St. Leo School Athletic Board, a member of the community group Lancaster Alive, a tutor for the West After School Center, not to mention a doting mother and wife.

“She was very active,” Ami added, “that’s just the way it was. We have always been active in the community. We’re not people who get done with their jobs and go home and sit and watch TV.

“I couldn’t imagine not being involved where I live, and that’s part of my mom’s legacy.”

A string of illnesses and injuries knocked Judy off her feet for a while, but when she was able to grit her way back to work the staff at West made sure I was there. They told me they were working on something special for Judy, and what ended up happening was the entire school, students and staff, crammed into the West cafeteria to welcome her back.

The reaction was genuine: both the joy from everyone waiting to see Judy and her humble appreciation for them. It was a day when the entire world revolved around the cafeteria worker who showed strength for so many people despite fighting her own health battles. Almost two-and-a-half years after welcoming her back, we were forced to say goodbye.

Ami, an account executive with a lobbying firm in Columbus, felt that crater more than anyone, and with the holidays approaching and her mother’s birthday following right after, it seemed fitting that her family fight back against the sadness. Ami and her father, Lancaster resident Bob Williams, called on the community to donate books to Judy’s former co-workers.

“We don’t just sit and let things happen. We’re not passive in our lives,” Ami said. “It’s important to be sad and let yourself feel bad because it’s hard and it is a struggle, but this is the only way I’m getting through the loss of her.

“You can’t wallow in that sadness.”

The project took off. Ami tapped into her local connections and community organizing background to allow everyone to contribute: a combination of passion and savvy that comes from being raised by an activist.

“I wanted something that would be attainable for her variety of friends,” Ami explained, “My mom is from Pittsburgh, so most of her family is in that area, and some in South Carolina. So for them, they could still participate by either contacting a bookshop or making a donation so we could buy books in her name.”

In all, Ami estimates the grand total of donated books between 1,300 and 1,500, each one stamped with Judy’s name. She and other volunteers delivered the books to Gorsuch West Elementary on what would have been Judy’s  59th birthday.

“It was wonderful. The staff who knew my mom made a point to come over and say hello to my father and me and express their gratitude,” Ami said. “Even some who didn’t know her just expressed how happy they were that we were doing something so good in her memory. There was a lot of choking up and tears.”

The goal was to get books into the hands of students, about as honorable a task as can exist, but the personal mission for Ami was to take the feelings of loss, heartache and pain and force them into something productive. In doing that, she honored the woman who so many people in Lancaster relied on.

“For me it was – I don’t want to use the word ‘distraction’ – but it kept me busy and kept me on a positive message during a time that was really hard,” Ami said.

“It gave me the ability to be proud of myself for doing something good in her memory.

“She would have wanted that.” 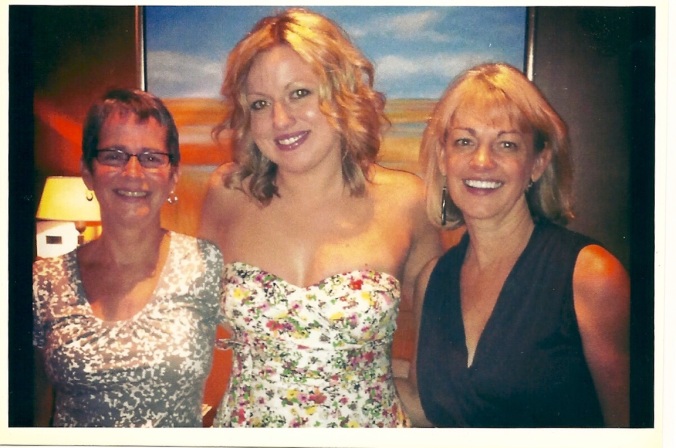