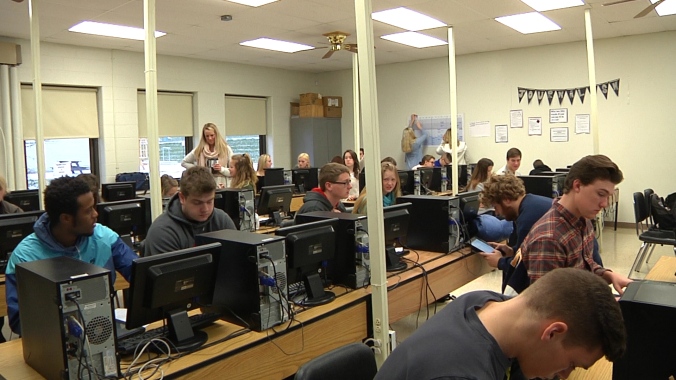 Who knew the role of “media consumer” would be so difficult? First, the introduction of the 24-hour news cycle means we are bombarded with news, spin, figures, opinions and video all day. There is simply too much to take in. Now we have the looming threat of “fake news”: stories that are either outright lies or in which the reporting journalist’s biases could cloud his or her objectivity. In order to simply read the day’s news, you have to determine who is telling it, why they’re telling this story, where it came from and decide if you’re being informed or manipulated. Not exactly as easy as tuning in for Walter Cronkite, is it?

If the media culture places that much responsibility on its audience, imagine what the journalists themselves must feel.

I started my journey into the world of media like most do: in high school. I was going to be the next big news anchor: my face projected into every household bringing the most important news of the day. Reality set in and I thankfully found my way from there to my position with Lancaster City Schools, but thanks to a fantastic journalism class my interest never waned.

Twenty years ago, when I started high school, the relationship between the news and its consumers was not so hostile.

The tricks of the craft haven’t changed, though the scope has. Lancaster High School’s journalism students literally have the world at their fingertips thanks to the accessibility of the internet and the LHS 1:1 iPad program. Students still have to gather facts and piece them together like a journalist.

“We spend a lot of time at the beginning of the year teaching them how to structure an article because it’s so different from an essay,” said LHS Journalism Advisor Ginny LaFramboise.

“We talk about the different kind of pre-made structures that they can use like inverted pyramid or kabobs, then getting them to just organize their facts and their soundbites and putting them into some way that makes sense is definitely a skill that they’re not used to, but it’s kind of fun.”

The difference between my journalism class and the ones that students take now is that the stakes are much higher for journalists.

“If I were teaching today, there would be more emphasis on bias with regard to the media in general,” added Warmouth. “There is definitely more pressure today because of the popularity of instant news on so many outlets. Journalists no longer have the luxury of hours or days to fact-check and research.”

This concept of “fake news” has been everywhere, and yet nobody knows how to deal with it. In a perfect world we can enjoy the luxury of knowing the things we read and see are truthful, and that the intention of the reporter is only to inform. But this is far from a perfect world, and now journalists are as scrutinized as the politicians and other public figures they cover. It’s stressful and taxing for us, and it’s adding pressure to today’s journalists, whether they’re on a local beat or on national television. 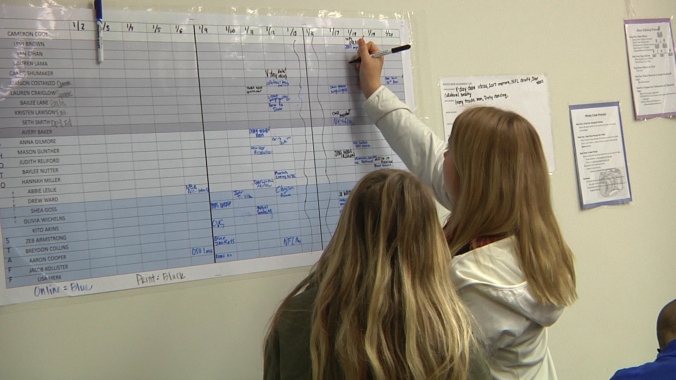 Trista Thurston is a reporter for the Lancaster Eagle-Gazette, and alongside fellow reporter Spencer Remoquillo recently co-authored a series of articles investigating the finances of Lancaster mayor Brian Kuhn. When tackling these articles it’s important for the journalist to figure out why she is pursuing the story.

“We just sort of asked ourselves ‘what does the public not know?'” Thurston said. “There’s been a lot of talk about these cases, but there was a lot in the files that we didn’t know. We tried to think of it in the way of who we needed to talk to to either validate what’s in there or give more context.”

The process she’s describing isn’t just good reporting, it’s imperative for journalists to behave this way now to maintain their reputations. In the past a misinformed story might have resulted in a reporter being temporarily punished, or maybe having to switch to a new beat. Today there are stiffer penalties for mistakes and biases.

“Really, your career is ruined,” explained Thurston. “No one trusts you anymore. In this industry your reputation is everything and as soon as people stop believing that you’re trying to voraciously tell a true story, they’re not going to read.

That pressure has a trickle-down effect on journalism students. Whereas journalism students in the past enjoyed a fun elective, laid-back atmosphere and a casual introduction into the world of news, LaFramboise’s students have to learn about the pressure that comes with publishing something with their names on it. In the age of the internet, everything is permanent, so that article written from a 16-year-old’s point of view could cause problems for that student as an adult.

LaFramboise leads a class discussion breaking down coverage of a topic

“We talk a lot about ethics: should we write about that story considering our school culture and our administration and our parents and our families at home?” said LaFramboise. “Do they want to see us writing about that? If it’s ‘yes’ then go for it. If no, then we don’t touch it.”

The most dangerous line to walk for a journalist, even a student journalist, is that between fact and opinion. Are you reporting a fact or your interpretation of a fact? Would someone else see this the same way? This becomes easier when you’re asked to write an opinion column; there’s no conflict between fact and opinion when it’s stated right on the page that it’s the author’s opinion. Normally publications have a divide between their reporters and opinion columnists for obvious reasons, but student newspapers don’t share that luxury. So what happens when a teenager asks to write a column supporting a controversial stance?

“We have an opposing viewpoints column right now: Trump vs. Anti-Trump, and we’re treating it as sensitively as we can,” said LaFramboise, “I have had a conversation with the student who wrote the pro-Trump article and said ‘You have to understand that your name is on this, and you might come under fire when this goes to print.’ The same goes for the opposition piece.

“You back these statements and they will follow you.”

The Lancaster High School journalism class has an online publication The Eye of the Gale.